A Short Story About React Native

React Native is one of the leading mobile app development frameworks designed and developed by Facebook. It is an open-source platform that is used for developing mobile apps for Android, iOS, UWP, and other such mobiles.

The framework is especially famous for its ability to allow the JavaScript codes to run in the smartphones (which is quite surprising but amazing for the users).

Let’s go a bit deep into the history and know-how React Native emerged? Who was the founder of this framework? And, how did it receive immense popularity from mobile developers?

Coming to the present scenario as to why people hire React Native developers for their mobile application development and designing?
Ever since Swift emerged, React Native garnered a lot of attention from mobile development companies.

React Native serves as the platform for mobile app developers who want to build native apps for iOS and Android smartphones.

The introduction of React Native in the mobile app development market helped app developers to create their desired mobile application with little to no complexity.

In this post, we will discuss the history and development of React Native. Keep reading.

Christopher got an opportunity to work with the photo album group of the most popular social media platform, Facebook in 2013.

When he entered the company, the team had already accepted the challenge of making Facebook the mobile-first product. The main idea of the team was to build a native mobile container consisting of WebView.

But the idea did not perform well. Users started complaining about the poor technical system.

The major shortcoming was the lack of mobile-centered API. Some of the main features that the company could not include were:

Luckily, the native app developers never encounter these issues. Not only does this framework offer a free keyboard API for iOS and Android app developers, but it allows a proper touch management system.

The prototyping and overall testing process are a bit slow. Whether it is designing the app or having it tested by a professional, iOS apps build on React Native have a slow prototyping procedure. The main procedure it has to go through is:

Depending on the type and number of platforms you choose, you might need to develop 2-3 codebases. This is one of the most challenging, time-consuming, and costly process. Also, the mobile app development company would not design a complex app that the React Native framework couldn’t support.

While addressing all these problems, Mark Zuckerberg said:

“Our Biggest Mistake Was Betting Too Much on HTML 5”. He further added that the Facebook team would resolve the issue and provide the users with a better mobile experience at the earliest possible time.

That was the time when the entire team, along with Zuckerberg, decided to come up with a new strategy and find some other way to enhance the mobile experience for users. According to Christopher Chedeau, it was Jordan (from the Facebook team) who managed to separate the React JavaScript from the Facebook Stack.

Jordan Walke, Christopher Chedeau, Lin He, and Ashwin Bharambe were the four individuals from the Facebook team that took the mission in their hands and decided to come up with something that could actually work within 2 days

The group managed to fulfill their promise and they developed Native UI Elements from the JavaScript Thread that could be operated straight on the mobile devices.

One of the major achievements of this step was the elimination of the “slow iteration process” issue. By this time, Facebook had already overcome the iteration slowness matter.

This amazing idea and development of Christopher, along with the three individuals got so popular that the team became a Hackathon (a group of people that intend to work on a software or Hardware project and complete it within a given timeframe). The main goal of the Hackathon was to design a platform that can help developers to create native apps.

However, this Hackathon resulted in two different responds among the Facebook team members. The first group noticed the potential but was not ready to take it to the real Facebook applications and the other group observed the potential and was ready to try it on Facebook Apps. 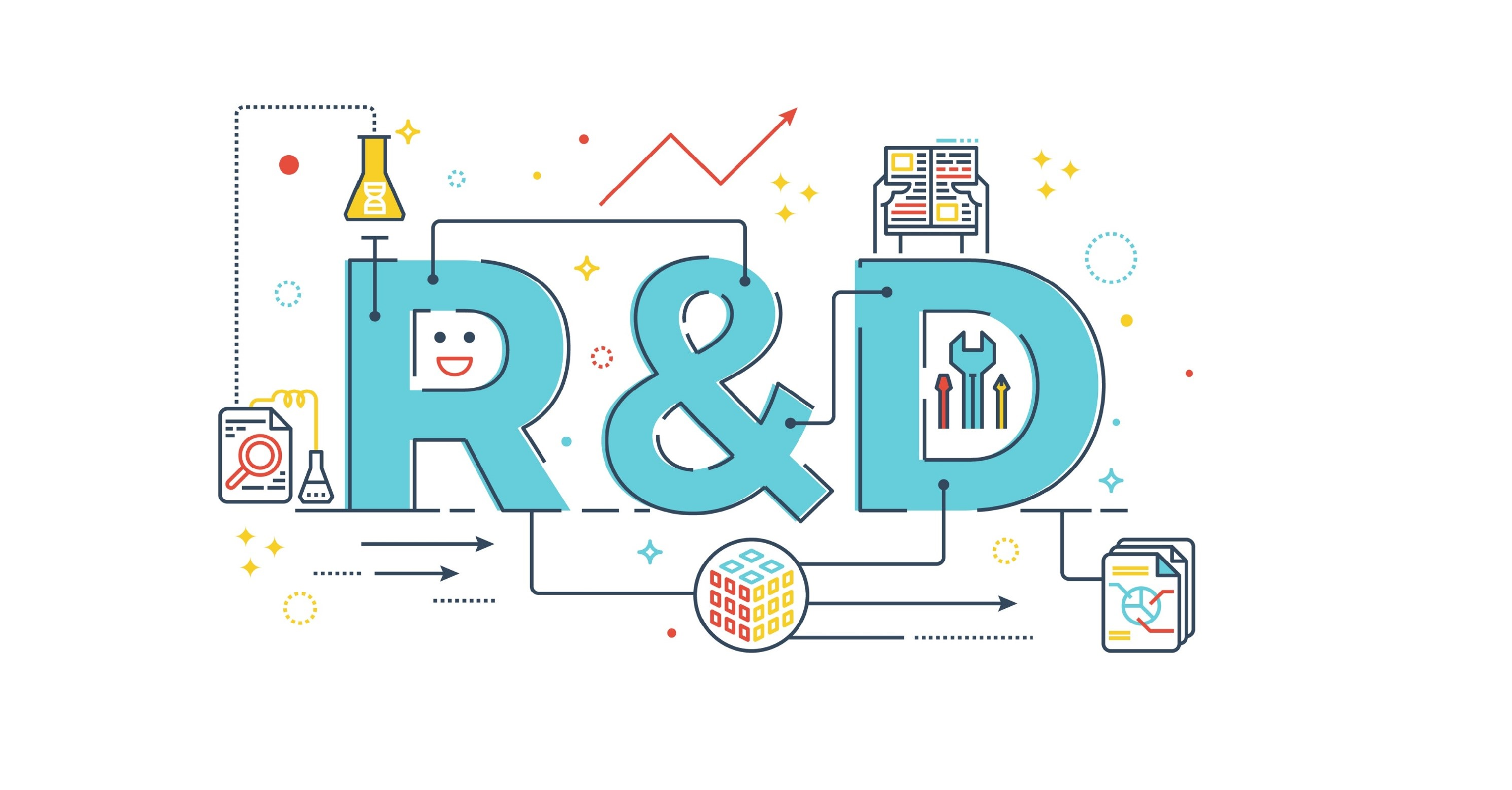 Three months passed and the team could not come up with a final and production-ready application. The reason was pretty simple: the team focused on building the React Native framework and as a result, the production was affected.

This was the time when Christopher and Jordan along with their team decided to invest their full time in creating React Native platform than focusing on other products and the pending development projects.

While giving a technical interview, Christopher said that they had started using the React Native framework for the development of their Ads Manager and Group applications. 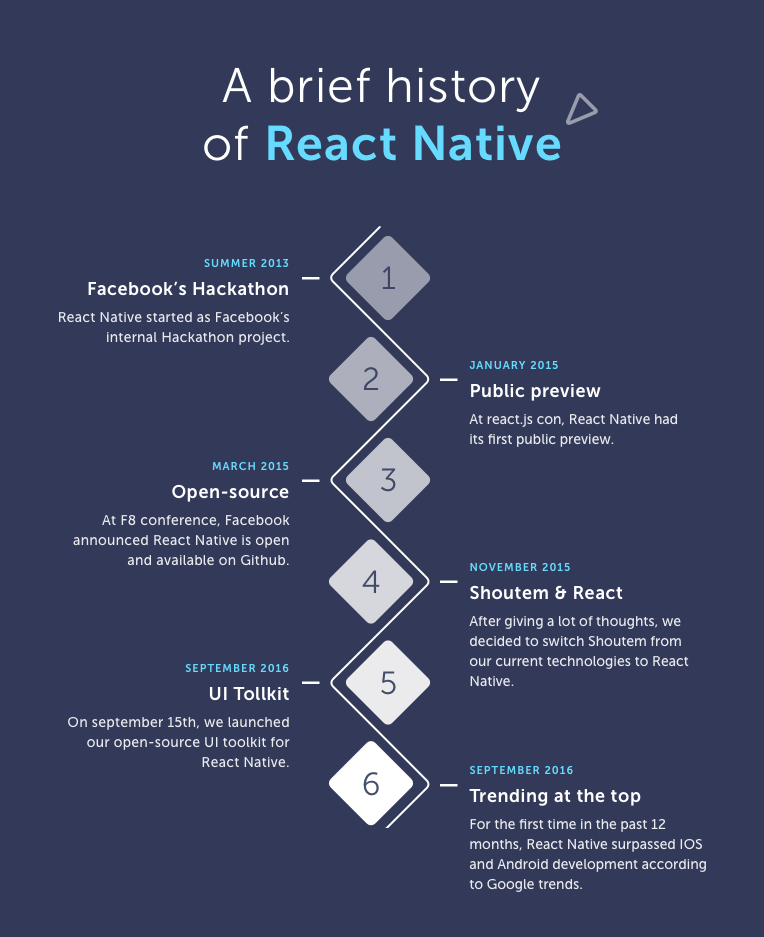 The Working of the React Native

As mentioned before, the main purpose of the group was to leverage both areas i.e. the brilliant potential of native SDKs and the amazing speed of JavaScript.

To make the app development process a bit faster, reliable, and error-free, there are two essential factors that every company providing React Native development services consider. They are:

The introduction of the Virtual DOM was the main concept in React Native framework. It transformed the way JavaScript Frameworks are designed. The major factor that makes the Virtual DOM and the React Native platform unique from other frameworks is its simplicity and easier methods to develop JS from coder and app developer’s side.

The only thing a programmer needs to do is write the original JS, which could update React’s elements. That’s it! The Virtual DOM is automatically updated by the React. It follows a one-way data-binding approach.

When the programmer types the code in the input area in the React UI, the framework does not alter the element’s state. It rather changes the data model, which then automatically makes the React UI to be modified.

This way, the code and text you entered in the input area are displayed. Contrary to popular beliefs, DOM has never been slow. React Native and Virtual DOM is mainly considered by app developers who want the process to go as fast and smooth as possible.

The most imperative and an amazing part of the React Native software is the Bridge. The bridge is often considered the heart of React Native; after all, it is a bridge that facilitates the asynchronous communication between the JavaScript codes and Native language (the two different worlds).

The three specialties of the bridge are as follows:

If you think it from the programmer’s perspective, these benefits make the bridge a perfect architecture of React Native. If the tester’s perspective is taken into consideration, then React Native can decouple native tests from the JavaScript tests.

Extension to Other Operating Software

The best and unique part about the React Native platform is that its principles apply to almost all types of operating systems. In the same way, you write the code for Android, you can write it for the iOS device as long as you use React Native framework for app development. React Native also claims:

“Learn Once and Run Everywhere”

This open-source framework was initially launched by Facebook in September 2015. The platform was only available for Android app developers. Later on, some popular designers updated React Native and made it available for iOS, Web, macOS, Windows, and other platforms. Once you learn the programming and development process, you are all set to use React Native for all platforms.

Some Related Resources about React Native:

React Native has brought several improvements in the development of mobile apps. It is there to stay and make it even better with time. All that you need to do as a business is take an attentive call and hire React Native developers and assure yourself of the soaring React Native benefits in its prime form.

Get started in web development today With these 8 basic tips