Native vs. Hybrid App Development – Which Is The Best For Your Business?

It’s okay that you have decided to have a mobile app for your business.

Still, do you know which option will be best for you in terms of cost and features?

Have you ever heard about Native or Hybrid app development?

If an answer to both questions is ‘No,’ then you would love to read this blog post. Here you will go through some interesting information about mobile app development. In addition, It would be best to hire react native app development company to have an excellent hybrid mobile app.

In simplistic terms, mobile apps are applications specifically designed for internet-enabled mobile devices such as smartphones and tablets. You will be surprised to know the number of mobile app downloads worldwide was 218 billion in 2020, where revenue in this year revenue was 581.9 billion. It is projected to reach 935.2 billion USD in 2023.

The above are just facts; the point is, mobile apps became a potential medium for all businesses. This app serves various purposes: attracting customers, brand promotion, offering services, and having a great business ahead.

The businesses focus on the customer via launching their app on Android and iOS platforms. Instead of visiting websites, internet users like to use mobile apps to use services such as food ordering, booking flight tickets, shopping for goods online, and many other purposes. 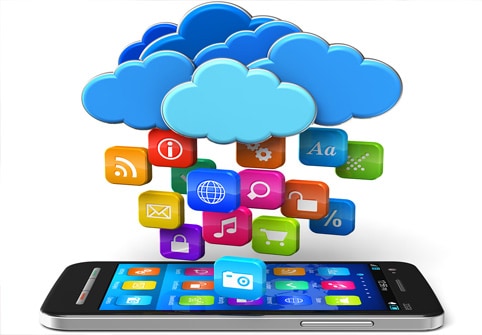 From the business point of view, you can grab ample business opportunities via launching your mobile app. The number of smartphone users is increasing rapidly, and in 2025, there will be 7336 million users. That is attracting the attention of many brands and businesses to target the customers via mobile apps.

Before we proceed further, let’s have a look at types of mobile apps.

Two major platforms are being used worldwide, i.e., Android and iOS, where Google Play Store contains 3.15 million and 2.09 million apps available on Apple App Store. An everyday number of apps submitted to these and as per convenience user downloads it. Although based on the technology, the apps can be categorized in the following-

The platform-specific apps are called Native Apps, such as an app developed for iPhone will be native to the iOS platform. In terms of optimization, these apps work great because they focus only on the OS and efficiently utilize the device resources.

These apps look native but hybrid and formed with a combination of technologies. In terms of economical points, these apps take less development cost. The Hybrid app development represents the best example of code reusability. It saves the cost and the developer’s efforts.

The apps can be accessed via a browser called web apps. There is no need to install on a device; you only need a browser. In simpler terms, these are the websites that adapt the UI of a particular device and executes accordingly.

This article aims to help you out to understand native apps and hybrid apps so you can choose accordingly for your business. 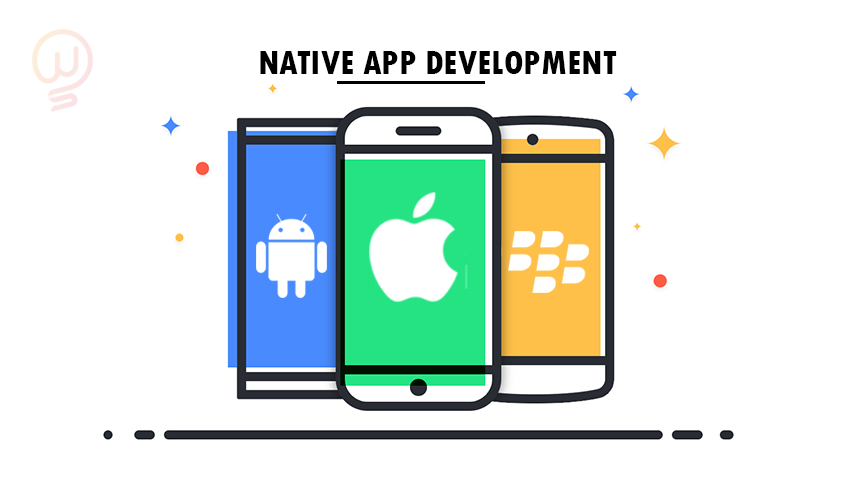 Native apps are being specifically designed and developed for a particular operating system. The app development takes place as per the programming languages supported by the platform. For example, to develop an app for an Android device, you need to use programming languages such as Kotlin, Java and for iPhone app development, you need to use languages such as Swift, Objective- C. The native apps works like one app will work for only one platform like you can’t even install a platform app onto the other platform.

The native apps always work fine in terms of user experience, and the reason is these apps always remain compatible with the platforms for which they have developed. It works fine for offline as well as for online access. Overall it improves the user experience.

It is obvious when a mobile application is designed & developed on the basic principle of a particular platform, either it is iOS or Android. As a result, apps performance remains high in terms of UI/UX, better memory utilization, and data storage. In addition, these native mobile applications are always easy to handle and update.

It is one of the specialties of  Native app development. Whenever any update is required to launch, the developers can easily integrate and update the components because they have focused on only one platform.

Compared to Hybrid apps, native apps always remain highly secured. Moreover, related data storage activities are always compatible with the platform-oriented database, so it is very smooth for the developers to apply the additional security mechanism.

From the User’s perspective, personalization of native apps is so easy. The layouts and themes can effortlessly be customized in brisk.

It is admissible that native apps are complex to develop and need resources such as tech stack, experienced developers. These factors directly or indirectly increase the cost of development.

Suppose you want to launch the same application on different platforms, then you have to develop the same concept differently using the specific tech stack required. It takes too much time. 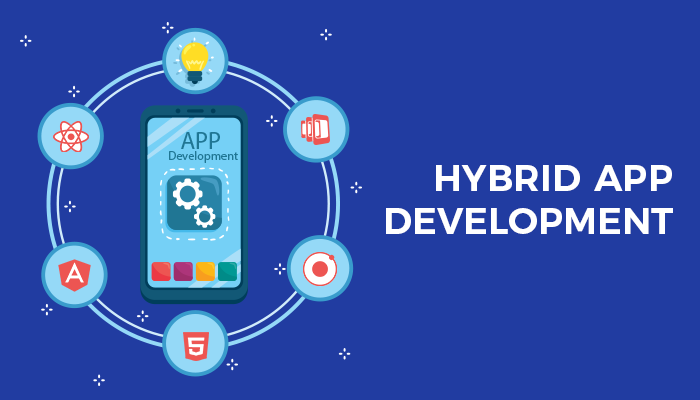 The native apps are developed for the specific platform. Still, Hybrid app development means developing an app using a common code base for different platforms where a react native app developer need not write a separate code. To understand it as a hybrid developed app that will work for both platforms.

One of the best advantages of hybrid app development is code reusability. Once the app is developed, it works across all the platforms. A developed app work same on the iPhone and Android device.

It takes less time to develop a hybrid mobile app compared to a native application.

If there is a requirement for an update, then there is no need to implement it separately for the platforms.

With the help of hybrid apps, businesses can target large audiences as it covers Android and iOS users.

Hybrid apps are developed for multiple platforms, so they can not take full control as the native apps can.

It is fine that a hybrid app takes less time to develop, but it is always lower than native apps in terms of performance. Because these apps, due to the common functionality, can’t completely utilize the features of respective platforms.

Following are the details of the technology stack used by a Hybrid mobile app development company.

It is such a wonderful framework that can be used for native app development and hybrid app development. It is an open-source UI software framework by Facebook Inc. React Native used to develop applications with native capabilities for Android, iOS, Android TV, macOS, tvOS, web apps, and window apps. It contains a best-in-class JavaScript Library that facilitates a React Native Developer. Without compromising the User’s experience, the apps can be developed that make React Native a promising framework. There are thousands of popular apps built with this technology, such as Facebook, Instagram, Flipkart, and many more.

It is an open-source framework and tool supported by Microsoft. Developing cross-platform applications utilizes the power of .Net technology in the best way. It can be easily integrated with modern backend services and native APIs. Xamarin has a powerful library that accesses Native APIs and 2D Graphics from shared code. In addition to its multiple specialties, it has a strong community where worldwide developers are connected and participate in the discussion and posting of the questions.

It produces mobile apps in combination with the technologies such as JavaScript, CSS, and HTML. The Ionic is known for developer-friendly tooling. Its advantages are live-reload, smooth deployment & integrations, hardware-accelerated transition, touch-optimized gestures, pre-rendering, and AOT compiling.

The Following represents some exciting examples of Hybrid app development in 2021 and used worldwide by millions of users.

Both technologies have their advantages and limitations. From the performance point of view, native apps are best, and hybrid apps are best in terms of code reusability, cost, and maintenance. Still, it is tough to say that which one is best. Here requirement plays a crucial role. In addition, React Native Development is promising as it has its applicability in native app development and developing hybrid apps. Moreover, it is beneficial in reduced cost and development time.

It is now up to you which technology suits your requirements.